For the last 2 winters we heated our house mainly with wood. We have oil as the base heat but during the day and evening fire up the wood stove in the fall, winter and early spring.

We need about 2 cords of wood, which does not seem a lot until they drop a truck full of logs in the driveway. I had been stacking the wood in self supporting stacks covered with tarp. It worked and allowed the wood to dry out more. However it was a little tricky to stack the 4 feet high stacks.  Despite careful stacking occasionally a pile would collapse, not fun in the snow.

So this year decided to build a wood shed to store the wood. I had started early in the summer. I had looked for inspiration at wood sheds in the neighborhood, but found a really good Wood shed plan on Etsy. Initially just stole some ideas from the previews. But eventually forked over the $8.95 for the full plans.

Normally I would do the 4 foot deep concrete footings, but this time thought I would use the concrete support blocks.

Initially had bought 9 blocks, but then decided to go for 15 footings. Getting these level on a sloped surface was a bit of a challenge and with a sore back was slow. The project came to a hold with our Euro trip half June.

After coming back early August restarted the leveling and with some supporting pavers and a laser level had them mostly level.

The support joists where 2x6 which I bolted to the 4x4 posts holding up the structure. The posts fitted exactly in the supporting concrete footers. The dimensions of the foundation is 10 x 6 feet. The back posts are 5 feet high and the front posts are 6.5 feet. Connected by 2x4 rafters. This gives a storage capacity of 2.2 cords of wood.

Once the rafters were in place I installed the side boards. I had build a little program to calculate the spacing between the boards, so they were all spaced evenly. To make the installation easier created a little spacers to ensure equal distance and made it all go much faster.

Since it was now late August was getting antsy about ordering the firewood. Fortunately it got delivered 3 days later.

After I installed the rafters I temporarily put tarp on the roof. Since their was a forecast of rain decided to stack the wood before installing the roof. Surpisingly I was able to stack the whole 2 cords within a day. While stacking tried to spread the load by evenly stacking across almost the whole floor, to not overload the back of the foundation. Just in time before the rain.

Later that week installed the corrigated metal roofing and the wood was now fully protected against the wetness.

Finishing the wood with 2 layers of a mahogany stain was the final touch.

I am still a little worried about the foundation. Hopefully the foundation will not be affected by the frost as it sometimes creates frost heaves. 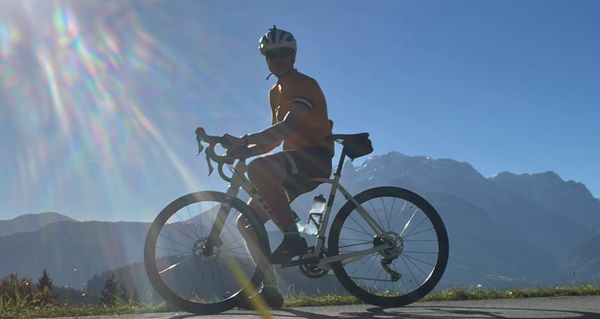 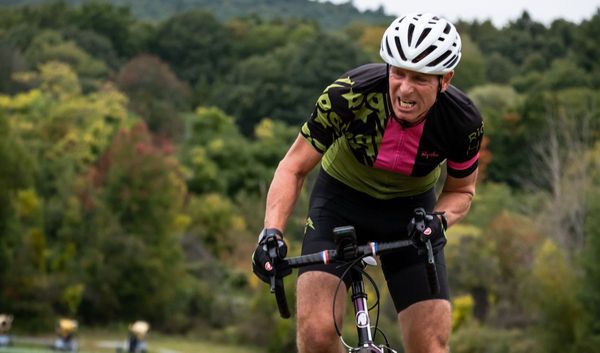 This week did 4 indoors rides. Did 1 cross training, prepped and raced Night weasels and Ghosts. In total 70 miles and a TSS of 500. Cover photo Katie Busick