My training program consists of four week cycles. Each cycle starts with three increasingly harder weeks, followed by a rest week. This week was the hardest of the three weeks. I finished with a training stress score of 665 (planned 640).

This week we finished week 8 of the virtual indoor training program. On Tuesday class was presented by me and on Thursday by Rick. Highlight in the class was that we are starting to add accelerations in our standing climb exercise. We finished 18 minutes of standing with three 15 second accelerations in the last minutes.

Also lots of action in Zwift on Monday, I had a 3rd place finish in the Northampton Cycling Club (NCC) winter race series (NCC race within the Zwift race). Two laps around the Champs-Élysées. Jonathan, the NCC series organizer, made a video of the race, the last mile was pretty exciting. I had planned an attack where the video starts, others had the same idea apparently. My indoor sprinting definitely needs improvement.

On Thursday we did a 6 mile time trial as part of the NCC Hill climb / TT winter series on the Zwift Central park course. What made it hard was the rolling terrain which required lots of shifting and I could not get into a rhythm, result 6th out of 13 racers.

This week was not just indoor cycling, Jason had alerted John and me that Friday morning probably was going to be last and best chance for Fat biking in the snow in Hawley. Hence John and I did a 2 hour 11 miles trail ride. Most trails were in excellent condition as someone had groomed the trail with a snow dog, a light weight snowmobile.

Saturday was a wash weather wise, fortunately it was "nice"  (dry and in the 40s) on Sunday and got in a 38 mile ride. This was for the first time in weeks on my road bike (Seven EverGreen). The wet and sometimes slushy road made the fenders useful.

Oh and since it is the last week of the month, here a VeloViewer overview of my rides in February. Mainly Fat biking on the Snowmobile trails, my Tuesday morning runs and 1 regular road ride. 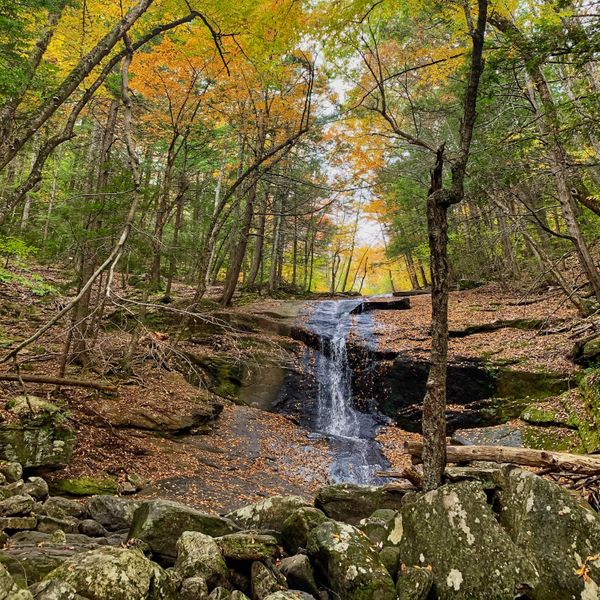 To keep track of my adventures I created a blog