Since 2015 we own a fully electrical car, the Nissan Leaf. It worked great when I still lived in Lexington for my daily 5 mile commute. Now working from home here in Conway I barely use it.

Last Friday I needed to drive to Hawley for a Fat Bike ride. The Leaf started up but did not give the "green car" ready to drive indicator. After a couple attempts left it for what it was, but was not able to turn it off. I hitched a ride with John and the Fat biking was marvelous.

After some research turned out the good old trick of power cycling the car should get it going again. However due to not being able to switch it off the Leaf's 12 volt battery was drained and had to be recharged. There is a design flaw in the Leaf that the huge battery powering the drive train only charges the 12 volt car battery when in drive mode. I had this once before and had to "jump" start the Leaf with our other car.

Fortunately a few weeks ago I had ordered a Noco Genius battery charger. After checking the battery charge level with my multi-voltage meter (< 4volts), disconnected the battery and hooked it up to the Noco Genius. The Noco has multiple charge modes for various battery types and voltages but the default charge mode worked fine. It did take a while, a flashing red indicated it was charging. The next morning the indicator was solid green... battery charged. Multi-meter showed a charge > 12 Volts.

Now the exciting part started, with the battery charged, I hooked up the battery again to try and start the car. While securing the battery clamps, I heard a familar chime from the Leaf..  good sign. Then went into the car and started it up, and yes the green drive symbol showed.

Even electric cars can be fixed with the good old power cycle. 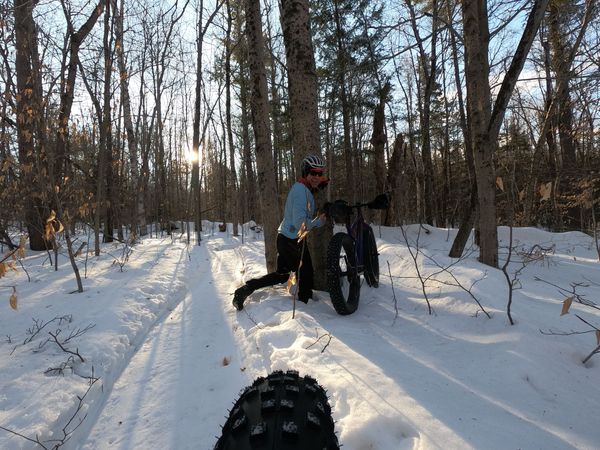 Video footage of Hawley fat bike ride in the snow. 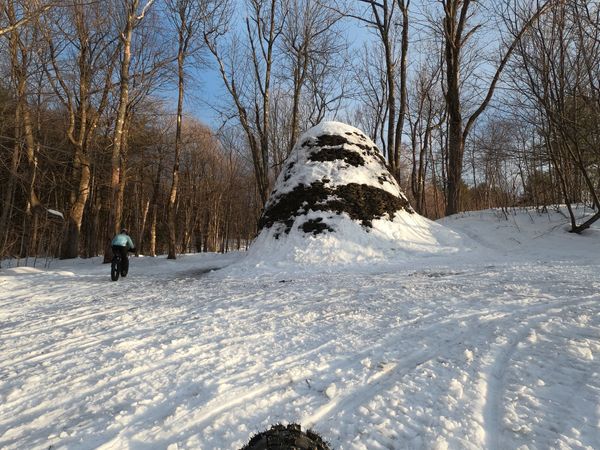