On Tuesday the NCC time trial got canceled due to thunderstorms. Fortunately Melissa send an email if folks were interested in a Zwift race. Melissa, Jonathan and I ended up racing a 8 lap race in Crit city. Tempo was high but doable. First lap definitely had to work hard to stay with the lead group. Unfortunately Jonathan power meter connection crapped out, and Melissa could not maintain her position in the lead group after burning some matches on the first lap.

Fortunately I was able to hang with the lead group and tried to stay off the front to save energy for the finishing sprint. There had been multiple attempts to breakaway and I always let other riders pull them back. In the 2nd to last lap there was another breakaway, I had been contemplating to jump on their wheel, but left it for others to pull them back, which unfortunately did not happen. That left us  battling it out for 3rd place.

I started sprinting a little too early but with my sprint passed about 6 to 7 riders and ended 2nd (0.1sec behind) of the followers and 4th overall. I had no power-up at the sprint and am pretty sure I would have gotten 3rd place if I had the aero helmet power up. Lessons learned 1) watchout for breakaways in the last laps and 2) always keep your aero helmet power-up (I had gotten two,  1 in the first lap and one in the 3rd). In the 19s standing end sprint I averaged 569 watts with a peak of 644 watts. Cadence average was 85 with a peak of 90. I should be able to go faster, question is standing or seated. May be I should do a training focussed at that and see what my best 15 sec efforts are.

On Wednesday morning ran my regular 5k loop. Was a bit tired from test and racing, so took it a little easier. Later that day Paula returned from her Holland family / friends trip and we want for a short ride to the CSA with a dip in the South  River. I rode the fat bike.

Thursday was another wash, it rained all day. The NCC ride was canceled. The day before Wout van Aert won the Tour de France stage featuring a double climb up the mont Ventoux. That inspired me to do an attempt up the virtual Ventoux climb in Zwift. With almost 5000 ft of climbing over a distance of just of 10 miles it would take me about 90 mins I thought. I decided to make it a Sweet spot training which is basically 90% of FTP. In my case it was 254 watts. The first half at this wattage which relatively easy, the second half was definitely harder. I finished the segment in just under 84 mins with an average of 256 watts.

After priming part of the walls in the garage Saturday morning, Paula and I went out for a 20 mile ride to Ashfield. Turned out our selective memory blocked out the steep climb on Bellus road. But once we passed that, the ride went smoothly. Unfortunately the Lake house was not yet open, so we opted for an icecream at the Neighbors store in Ashfield. We then proceeded on towards Creamery after a short climb up Norton Hill road. From then on it was all smooth down hill all the way to Conway.

On Sunday Pamela, John, Rob and me rode out towards Chesterfield gorge, along the way we met up with Meg and continued on to do a 55 mile loop, which includes a beautiful, sometimes sketchy, 9 mile section along River road towards the Chesterfield Gorge. We stopped halfway to eat some snacks along the banks of the river.

After exiting the gorge we climbed 2 miles up to the Chesterfield General store. We stopped there for late lunch. I had a breakfast sandwich which was great. We loved the artwork on the walls. They happened to have a poster of the Mont Ventoux.

After saying goodbye to Meg we continued on our way home. Rob and I shortcutted / detoured from the route to visit Chapel Falls, which had a lot of flow going with the rain of recent. We ended the ride with beers and snacks while watching the EC Soccer final and the Tour de France stage.

Here the week on Veloviewer. 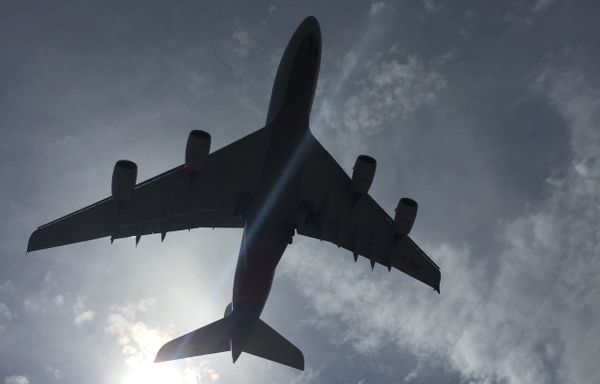 Had booked 2 flights, a trip to LA in July and a trip to Holland in October.

Review of the Meater Plus wireless meat thermometer