This week I rode the bike every day, except Sunday. Started Monday with an ez 50 minutes spin.

Tuesday was a busy day with leg strength exercises, then Tabatas and lastly the NCC Indoor Hillclimb which started up again. I discovered that the leg strengthening followed with the tabatas intervals were an excellent openers / warmup for the indoor hillclimb. The hillclimb race was a 20+ minute up in the Innsbruck world. When we started my legs kept giving and could easily counter other rider's attacks and even placed some attacks myself occasionally. In the end I was alone with Zinj and he placed a big attack, while I was figuring out how far it still was to the finish.

By the time I realized we were close to the finish, he had built up quite a lead but then realized he had attacked to soon. So I started work my way back with big power numbers and after 2 big efforts just beat him at the finish line. In the end he still beat me my 0.3secs as I he started the finish line a little sooner than him. Overall I had 3rd place for the day. Some riders were riding individually. As a bonus turned out my FTP had gone up from 274 to 281.

The next morning I met with Dusty and Mac for a run in Conway. We did my regular 5k loop. The tempo was social and we had some time to take photos.

In the evening I attended the NCC crosstraining. We first did 2 laps on our regular loop. Then switched over the Ghost course to do 2 loops and included runups on a steep section. We finished it off with a cooldown on the regular loop.

Thursday was a rest day with an ez spin and I did openers on Friday as the Midnight race was on Saturday. During the ride saw Dave from the CSA with his horses.

The Midnight race of CX was in Lancaster and I choose to mimic the warmup from last Tuesday that worked so well. Strength training at home followed with some Tabatas during the warmup. I had 3 inspection laps before the race which was useful. We had a tough field; I was placed 23rd out of 28. Fortunately I had a good start as a result of the way the corners flowed and after 1 lap was 15th. However after a little mishap in the barn on the mulch tried to make up on the gravel road and wiped out and crashed on the gravel. Painful, but continued although lost about 4 places. It took me a while to get my act together again and was battling for some positions and on the power sections was gaining to give it up on the more technical turns. In the end finished 18th, five spots better than my placement.

Overall was happy with that. The gravel crash was not fun. After the race went to the medic who cleaned out wounds on my elbow, hip and knee. The elbow wound was especially nasty. Fortunately was able to clean it out thoroughly and with the $80 in bandage supplies I bought was able to cover it up.

Sunday no bike riding but Paula and I took the bus to Cambridge and see the Head of the Charles row races. Lots of folks out there and we walked almost 5 miles to see the spectacle from different views along the Charles river. 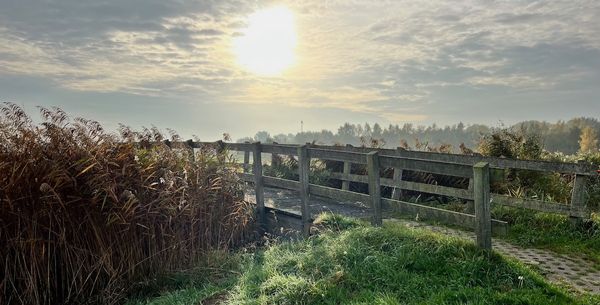 This week did 1 gravel ride and 1 run in Holland. Also do an interval training and NCC time trial in Conway. In total 81 miles with a TSS of 327.