Last Christmas, Santa gave me a Weber Smokey Mountain smoker. I have used it since a few times to smoke pork ribs. Last Sunday we decided to smoke a whole chicken.

The recipe calls for a whole chicken, a beer can and some rub. Preparations required to cover the chicken with a rub. We like to use the Trader Joe's taco seasoning mix. Then it was time to insert a beer can into the chicken's cavity.

Since I did not have a 12oz beer can, used an empty seltzer can instead. After openening the beer can some more I filled the seltzer can halfway with some Treehouse Pilzner. Might as well use premium beer.

Beforehand I had started the hardwood charcoal briquettes. Seppi had given me a good tip on how to arrange briquettes to keep them burning for 5 hours. First make a layer of briquettes on the bottom, then add a pile of charcoal with starters in between (Seppi used a charcoal starter chimney). Then light the pile and once they are ashed over add the wood lumps that will form the smoke.

We then put the chicken in the smoker, made sure it supported itself on the can and its two legs and put the lid on. The temperature was initially a little high around 270F, but after 15min dropped to around 250F and stayed there for the rest of the afternoon.

When we came back from eating Maple creamees the chicked had been in the smoker for 4 hrs. I checked the temperature with my new bluetooth/wifi enabled temperature gauge called the meater (will review this after having tested some more). It was exactly at the desired 165F.

With the chicken done, now came "operation remove beer can". I lifted the chicken with two spatulas, Paula had a heat resistant glove and pulled the beer can out. Margot held the bowl onto which I transferred the chicken.

Chicken tasted great. It had a nice subtle smokey flavor. I was not able to taste the beer. I assume it helped to keep the chicken moist. 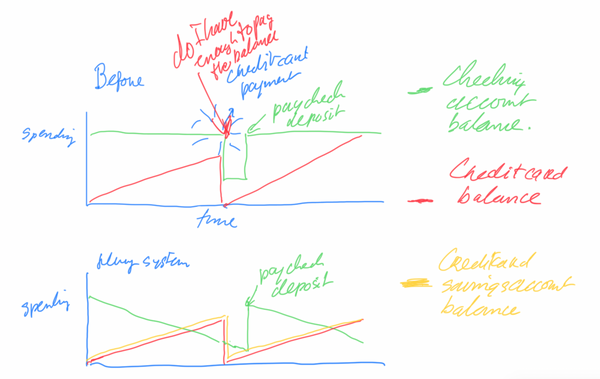 Second week of training block; rode almost 14 hours and had a TSS of 595. Did a regular 5k run.