Tuesday Paula and I went for a Snowshoe hike in the Conway forests. Originally I had a longer route in mind, but the snowshoes were pretty heavy and there was a lot of up and down hill.

For the amount of snow coverage we probably did not need the snow shoes. But it was a good workout with just over 3 miles and 300 ft of climbing.

On Wednesday did an Epic KOM pr attempt to capitalize on CX fitness. I had wanted to do it the day before, but I was I too lazy to do so ;-). Before I started did a few tabatas to warm up. Just before my attempt I turned on the fan, but must have accidentally touched the power for the Apple TV or the Wahoo Kickr trainer as Zwift had crashed.

I was able to restart the ride but later turned out the workout file was corrupted and neither Strava nor Trainingpeaks would load it. I finished the Epic KOM in 23:12 an improvement of my pr 40 seconds with an average of 301 watts. The effort was also a good way to test my FTP with the 20 minutes test, I did that with an average of 303 watts which results in an FTP of 289 watts.

The next morning did my regular run through Conway. A 5k, it was pretty cold but the views were great.

In the afternoon Paula and I did the Beaver pond loop I had wanted to do Tuesday. We drove at to Graves rd and accessed the trail from the other end. This time no snowshoes but yaktrax, to give us some grip on the icy and snowy trails without the weight.

The next day it rained hard.  We had the clean up some water that had entered into the basement. In the afternoon we went to see the normally quiet South river but now was raging as result of the rain and snow melt. It was at least 3 feet higher than normal and was quite the spectacle.

Saturday and Sunday no rides or runs, just enjoying Christmas eve and Chrismas. 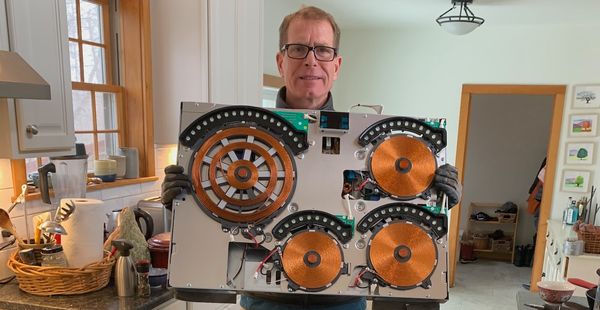 Took it relatively easy the week after CX Nationals. Rode 88 miles with a TSS of 431. Rode a PR up Alpe du Zwift and did my first Fat bike ride of the season.